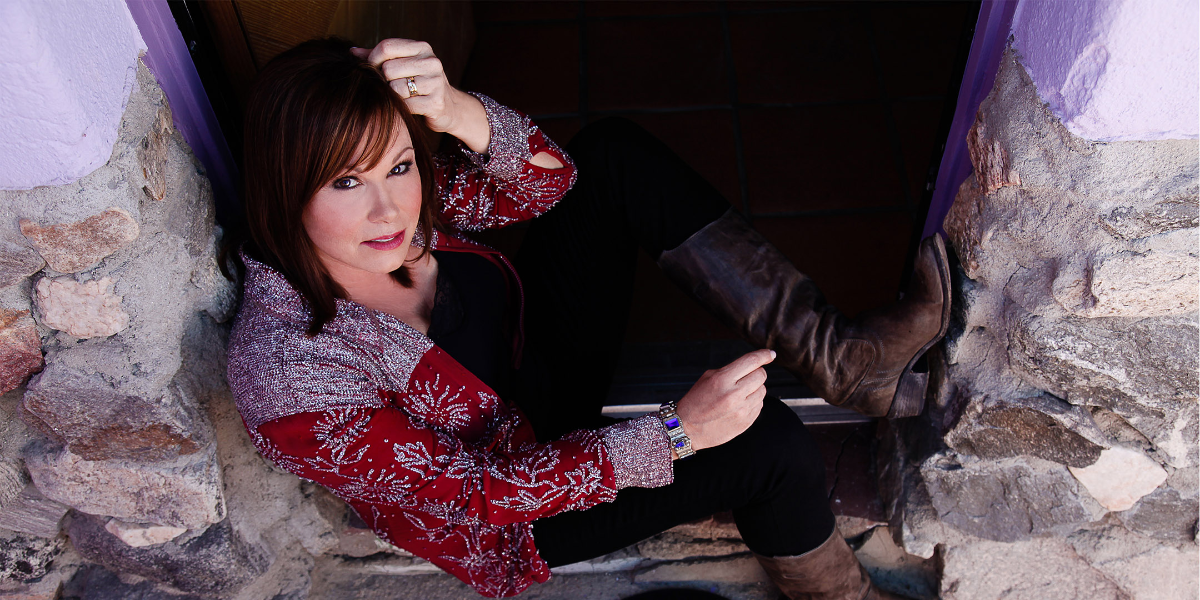 The Show was originally booked at The Terry Bison Ranch for March 2020. Then was pushed to August 2020. Then was pushed to April 2021. And now, finally, Suzy and her band take the stage in Cheyenne on Sep 25, 2021.
And, just to spice things up a tad more, due to a scheduling conflict the concert will be held at The Lincoln, instead of the Terry Bison Ranch. All tickets purchased for the previously scheduled dates at the Terry Bison Ranch will be honored at the Lincoln and require no action or change by the ticket holder. Just show up at The Lincoln and we'll scan you in for a Saturday night of music with Suzy Bogguss and her band!


Grammy award-winning and Platinum selling artist Suzy Bogguss is one to chase the muse wherever it may lead. She has covered Country, Swing, Jazz, Folk, Americana and Roots music with style and grace.

During the creative explosion that was country music in the 1990s Suzy Bogguss sold 4 millions records with sparkling radio hits like “Outbound Plane”, “Someday Soon”, “Letting Go” and “Drive South”.

Suzy’s 2015 album Lucky was a heartfelt homage to the songwriting of Merle Haggard. Some may recall she kicked off her career with 1989's "Somewhere Between," her debut album named after one of Haggard's early songs. With Lucky, Bogguss dove deeper into Haggard's catalog, taking care to hold on to that original vision of finding songs that resonated with her not just pulling out and recycling the hits. The result is a modern record with a classic vibe. Merle happily gave her the big thumbs and Suzy embarked on two years of non-stop touring in support of the album.

Rolling Stone magazine included her in The Top 48 Things We Saw at SXSW two consecutive years in a row. In Fall 2016 she released Aces: Redux, to commemorate the 25th Anniversary of the original release. The “redux” is a complete re-recording of her Platinum-selling album with fresh instrumentation and vocals to not only highlight the timelessness of the songs in this collection but also to highlight who she is as an artist today.

This website uses cookies to improve your experience while you navigate through the website. Out of these, the cookies that are categorized as necessary are stored on your browser as they are essential for the working of basic functionalities of the website. We also use third-party cookies that help us analyze and understand how you use this website. These cookies will be stored in your browser only with your consent. You also have the option to opt-out of these cookies. But opting out of some of these cookies may affect your browsing experience.
Necessary Always Enabled
Necessary cookies are absolutely essential for the website to function properly. These cookies ensure basic functionalities and security features of the website, anonymously.
Functional
Functional cookies help to perform certain functionalities like sharing the content of the website on social media platforms, collect feedbacks, and other third-party features.
Performance
Performance cookies are used to understand and analyze the key performance indexes of the website which helps in delivering a better user experience for the visitors.
Analytics
Analytical cookies are used to understand how visitors interact with the website. These cookies help provide information on metrics the number of visitors, bounce rate, traffic source, etc.
Advertisement
Advertisement cookies are used to provide visitors with relevant ads and marketing campaigns. These cookies track visitors across websites and collect information to provide customized ads.
Others
Other uncategorized cookies are those that are being analyzed and have not been classified into a category as yet.
SAVE & ACCEPT